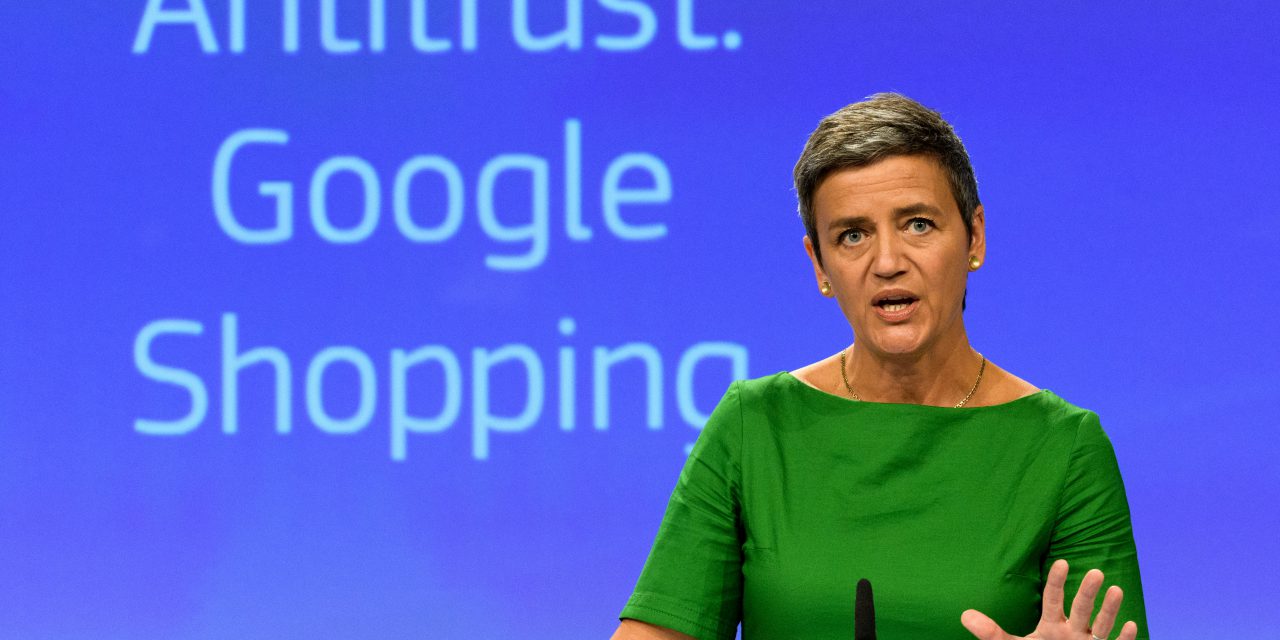 The European Commission has fined Google a record €2.42 billion for abusing its market dominance in Europe. It was found to have manipulated search results to give its comparison shopping service, Google Shopping, an illegal advantage. 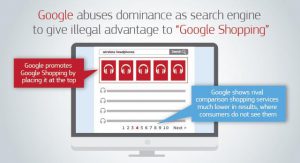 Google gave prominent placement in search results to Google Shopping alone and pushed rival services down the page. ‘This,” the EU ruling says, “stifled competition on the merits in comparison shopping markets.”

The Commission found evidence of sudden drops of traffic to certain rival services of 85% in the United Kingdom, up to 92% in Germany and 80% in France.

“Google has come up with many innovative products and services that have made a difference to our lives. That’s a good thing. But Google’s strategy for its comparison shopping service wasn’t just about attracting customers by making its product better than those of its rivals. Instead, Google abused its market dominance as a search engine by promoting its own comparison shopping service in its search results, and demoting those of competitors.

What Google has done is illegal under EU antitrust rules. It denied other companies the chance to compete on the merits and to innovate. And most importantly, it denied European consumers a genuine choice of services and the full benefits of innovation.”

Why is the EU getting involved?

Part of the European Commission’s role is to regulate Europe’s single market and protect consumers. The Google fine is the latest example of how it can stand up to large multinationals, something member states are not always willing, or able, to do.

Other large companies the EU Commission has or is investigating include: Microsoft, Amazon, Apple, Facebook, TripAdvisor, Qualcomm and others. There are also further Google cases pending. 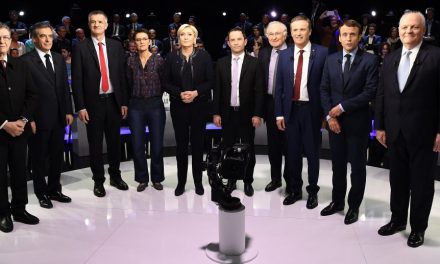 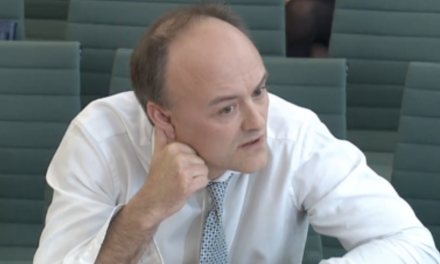 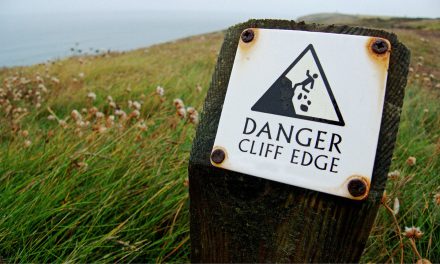 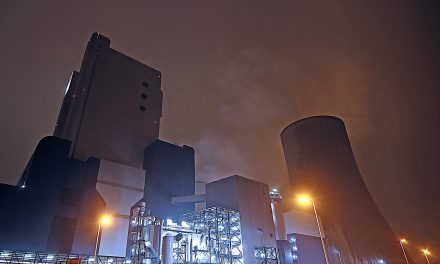